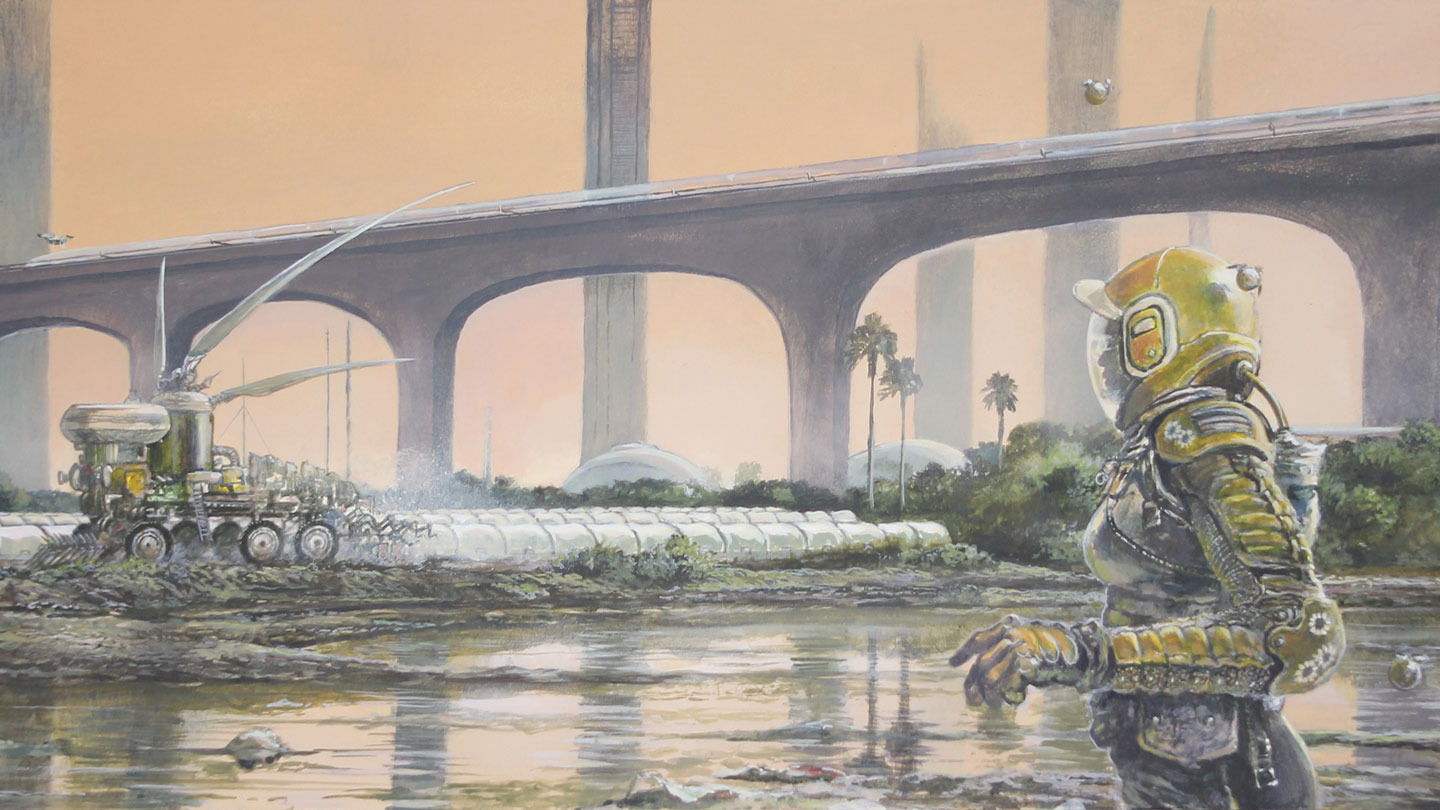 As 2100 looms closer, climate projections should look farther into the future, scientists say
futuristic scene of India in 2500

It’s hard to imagine what Earth might look like in 2500. But a collaboration between science and art is offering an unsettling window into how ongoing climate change might transform now-familiar terrain into alien landscapes over the next few centuries.

Fifty years have passed since the first climate projections, which set that distant target at 2100, says Lyon, of McGill University in Montreal. But that date isn’t so far off anymore, and the effects of greenhouse gas emissions emitted in the past and present will linger for centuries (SN: 8/9/21).

To visualize what that future world might look like, the researchers considered three possible climate trajectories — low, moderate and high emissions as used in past reports by the United Nations’ Intergovernmental Panel on Climate Change — and projected changes all the way out to 2500 (SN: 1/7/20). The team focused particularly on impacts on civilization: heat stress, failing crops and changes in land use and vegetation (SN: 3/13/17).

For all but the lowest-emission scenario, which is roughly in line with limiting global warming to “well under” 2 degrees Celsius relative to preindustrial times as approved by the 2015 Paris Agreement, the average global temperature continues to increase until 2500, the team found (SN: 12/12/15). For the highest-emissions scenario, temperatures increase by about 2.2 degrees C by 2100 and by about 4.6 degrees C by 2500.

Copyrights of the Climate News articles belong to the respective Media Channels.
This Climate News portal is non-profit and politically non-dependent forwarding readers to The Current Global Climate News